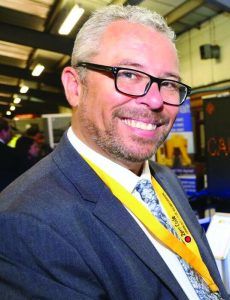 On 1st January 1994, all member states of the European Union including the UK, joined with the European Free Trade Association (EFTA) to form a new body called the European Economic Area (EEA).

The purpose of the EEA was to strengthen trade and economic relations between the individual nations and was primarily concerned with upholding the four fundamental pillars of the European internal market, namely the free movement of goods, people, services and capital, commonly referred to as the Four Freedoms.

The EEA comprised of 31 nations (now 30) and the general idea was that it allowed organisations in any member nation to freely compete on a level playing field across the whole of the EEA for contracts issued by public authorities.

This move to the principles of “free trade” meant that the old prescriptive standards that were in place for many years, made freely competing for a public tender by suppliers from another part of the EEA, almost impossible to achieve, so were slowly phased out and replaced by performance based standards over a number of years.

Little did anyone know how difficult this slight change would be for manufacturers and suppliers.

Prescriptive standards are very much like recipes: do this, do that, then do something else and if you follow the instructions, competing suppliers will end up supplying pretty much the same product or service because they all have to follow the same rules. There will always be nuances between competing suppliers, but in the grand scheme of things, these are only slight differences.

It is also worth noting that prescriptive standards were almost always written by civil servants with no affinity to a particular product or service, who also had considerable experience in their chosen field and were considered as experts and held in very high regard by their peers in industry.

Performance standards are almost always written by committee and the members are normally, not always, from the test houses of Europe or the larger companies who manufacture/supply that specific product or service.

The need for specification

Throughout this document, I am going to use the example of a road traffic sign to demonstrate the need for a properly written specification. However, whatever products or service are required by a specifier, the need for a defined specification are exactly the same whatever is supplied.

In the old days, it used to be really simple for manufacturers and suppliers alike to provide a product or service against a prescriptive standard.

A specifier would say that they wanted the sign to comply with Diagram “X” of TSRGD and everything to be manufactured to BS873:1984 Part 7 and that was pretty much it – the sign manufacturer knew what to produce and the signpost supplier knew what was required and it all came together for the installation team to assemble in-situ at site.

The specifier got what they wanted; all manufacturers knew what was required and everybody went away happy with a job usually well done.

In the days of performance standards, it isn’t quite so easy as it all depends on what the customer actually wants. With the advent of BS EN 12899-1:2007 replacing BS873:1984, there are now in excess of 127 million different combinations of performance classification just for a road traffic sign and its supporting post.

This is made very much worse as a number of the performance classifications include “no performance determined”, i.e. nothing has been structurally determined so the whole assembly may not actually be fit for purpose.

In theory, if a customer was to say in their tender documents, that they wanted the sign to comply with Diagram “X” of TSRGD and everything to be manufactured just to BS EN 12899-1:2007, they could actually end up with a traffic sign printed on RA1 engineering grade material, stuck to a plywood backing with blu-tak and mounted on a piece of plastic drainpipe or scaffolding tube!

This would clearly not be fit for purpose and would likely result in an argument, but the specifier would be totally at fault because they haven’t provided a complete specification for their needs or requirements to be met.

The suppliers have ultimately complied with what was specified arguing that they have offered a product with the lowest performance classifications, so the specifiers wouldn’t really have a leg to stand on.

In reality though, this extreme scenario is unlikely to happen as the sign manufacturers and post suppliers are extremely professional and would ask probing questions of the customer specification prior to supply, but it does demonstrate the need and purpose of correct customer specification.

This brings us on to CE marking and the misnomer that something with a CE mark is a quality product.

The CE certification is in reality just a checklist against the clauses of a standard and does not prove that any particular product is fit for purpose for a given scenario.

Under European and UK Law, the Construction Products Regulations (originally 89/106/EEC, superseded by Regulation (EU) No 305/2011 dated 9th March 2011) is a mandatory requirement that any product covered by a harmonised European standard, is CE certified with an accompanying Declaration of Performance (DOP) issued by the manufacturer of the product.

The DOP is the important piece of documentation, as this states the performance classifications related to the specific product standard that are actually attained by the product in question.

Where CE marking of a product falls down is if there is no performance criteria laid down in the harmonized standard to actually measure against, it is not possible to CE certify that product against the specific product standard.

An example of this conundrum would be sign lights and sign fixings as there are no measurable performance criteria for either product type laid down in BS EN12899-1:2007.

The other thing to note, is that not all products are covered by harmonized standards, particular examples of this are traffic bollards, temporary road signs and zebra crossing beacons amongst others; these products are all actually covered by the British Standard BS 8442:2015.

This standard does have some performance criteria stipulated within it so a DOP can be supplied by the manufacturer if required, but it won’t have the CE mark of a European harmonized standard.

National annex of a harmonised standard

If a specifier is a little unsure of the exact detail required in specifying a performance specification (there is after all a lot to take on board), it is recommended that the specifier writes in their tender documentation that they wanted the sign to comply with Diagram “X” of TSRGD and everything to be manufactured to the current UK National Annex to BS EN 12899-1:2007.

This will ensure that the finished sign and post combination when installed, will at least be fit for purpose unlike the scenario described previously with the plywood sign mounted on a drainpipe.

The downside of this approach to specification is that the finished installation will be “over-engineered” and more costly than if offering a full-blown written specification to for manufacturers and suppliers to work against.

The way the performance standards are written, it is possible that products or services may not be actually commercially available for a given specification.

A prime example of this is the requirement for High Energy Passively Safe signpost on 70mph roads being written into specification – this is not only commercially unavailable, but is physically unavailable as well, due to the fact that a signpost isn’t sufficiently long enough to wrap around and slow an errant vehicle to the required lower speeds, whilst still attaining the same AISI and THIV values that the standard dictates.

Last week, ARTSM WG3 held a virtual meeting about amongst other things fixed VMS signs. One of the members of the working group was bemoaning the fact that their company had recently received a written specification that caused major confusion and anxiety within their estimating team.

The specifiers had in effect, written the customer specification in such a way that the border size around the sign face could have been interpreted very differently. In the worst case, the sign would have been very much bigger than if interpreted the other way, resulting in a differential in cost of several thousands of pounds per unit to the purchaser.

If the manufacturer had just offered the lower priced version, this may not have been what the customer wanted, but equally, if they’d gone in at the higher price, they may have lost the contract completely, hence the anxiety and confusion.

I suppose what I’m really trying to get at is for specifiers to specify exactly what they want and then the whole process of supplying a product or service is much easier.

I suppose an analogy of all of this is if I ask my wife to get me a cake when she goes out shopping – I might in my own head thinks she’s bringing me back a chocolate cake with cream and cherries on the top,  but if she only came back with a cup cake, I’ve only got myself to blame for not being specific!